For your own comfort and safety as well as ours as hosts of this conference, you need to be aware of and conform to the following rules:

1. If I stay with a host family, I will follow the rules given by my host parents at any time and without exceptions. This also includes the curfew. I will also always inform them about my whereabouts. If I cause any damage to their property, I will be liable for the expenses of any repair or replacement. I always behave decently and respectfully so that in the future host families will be willing to accommodate other participants.

2. Not all participants will be staying close to Gymnasium Meiendorf, or close to public transport to get to school, therefore I might depend on my host family for transportation. I ensure to be considerate and always punctual so that my hosts do not need to wait for me.

3. Furthermore I follow the rules of MUNoH as stated in the Delegate’s Booklet:

The official language of MUNoH is English. I also speak English to the delegates who are from my own country and I also remain talking in English while lobbying.

I remain seated and silent during formal debate. If I want to express a matter, then I raise my placard and make a point or a motion.

I am only allowed to speak during debate when I have the floor. If I want to communicate, e.g. with other delegates, I can write my message on a notepaper. I raise my notepaper and Ad-Staff will take it to the other delegate.
I only…
1. …pass notepaper to a delegate who is in my committee,
2. …write about the debate or the topic,
3. …pass notepaper during debating time and not while it is suspended,
4. …write notepaper in the official language.
In special cases I may send notepaper to my ambassador although he/she/they is in another committee.
I am aware that the Ad-Staff will check if the paper is written according to the rules. If this is not the case, Ad-Staff is allowed to refrain from passing it on and take it to the chair instead.

I do not eat during debate. Drinking is in order. In any case, I respect the no-alcohol-policy for the duration of the conference.

The Chair will set the time when to meet in the committee. During lobbying I am allowed to leave the room to go to the computer rooms, but the Chair will set the time for ad-hoc meetings. I should be on time at every ad-hoc meeting and in the morning. If I am not, the chair is allowed to penalize me, e.g. by making me sing a song in the committee. If I know that I will be late e.g. due to my host, I will send a message to the chair so that I will not be penalized. Further, if I take a resolution to the Approval Panel, I will tell my chair that I may be late so that I will be excused.

4. I will adhere to German law,

5. In case I lose my badge or give false information to the organizers (e.g. name, date of birth) I have to get a replacement badge. I will go to the secretariat where I will have to pay 5€ to get one.

6. I’m not allowed to film or take a picture of another delegate’s punishment. In the past delegates were filmed involuntarily, so we really urge you to respect each other’s privacy.

In case of violation of any of the rules mentioned above, the Conference Management, the Secretaries General and the MUN-Directors of Gymnasium Meiendorf will take necessary steps, which can, in case of a strong violation, include expelling me from the conference and sending me home early at my own expense. 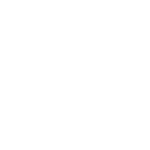